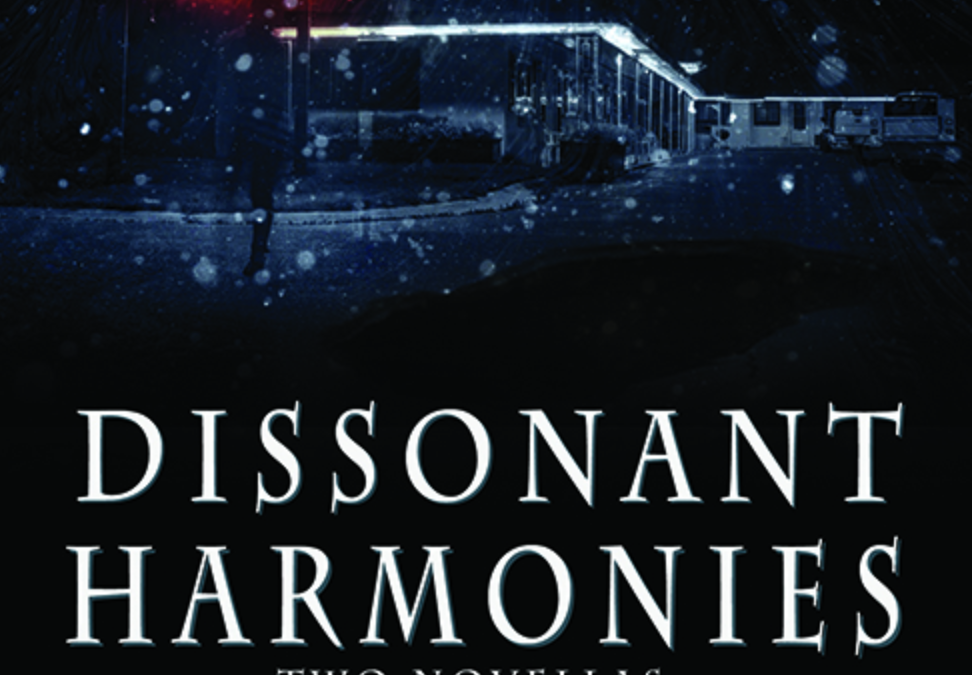 Dissonant Harmonies Book Review:  For Dissonant Harmonies, Bev Vincent and Brian Keene come together for a unique concept on their novella published by Cemetery Dance. It is, in fact, two novellas – one written by each author to a playlist selected by the other.

Both authors having discovered that they enjoy writing to music, the idea was born that they would choose a playlist for the author to write to.

The rules were that they could only write each perspective story while listening to the playlist chosen for them by the other author.

Dissonant Harmonies Cool title, but what does it mean?

For those of us not well versed in music, I found a YouTube video that explained the effect. I wish I had looked this up before reading the book, since the effect is certainly unsettling, and definitely worthy of being featured in some creeptacular horror film.

Bev Vincent’s novella, chosen for him by Brain Keene, is titled The Dead of Winter, and the playlist for it includes a wide array of artists such as Ice-T, Bruce Springsteen, Bob Dylan, Queen, Moby, Johnny Cash, and Alice in Chains.

Is there a better sound track for a horror novel called The Dead of Winter than When it’s Cold I’d like to Die by Moby?

The Dead of Winter takes place in Bayport, Rhode Island during (you guessed it) the dead of winter. The tale follows two estranged brothers that come together when Frank, a newly made police officer, hears of some troubling disappearances occurring in his hometown – and flies up from Texas to look into it further. His brother, Joey, finds himself helping in Frank’s unauthorized investigation, as the small town is pummeled by a particularly brutal winter storm.

When the two brothers discover tunnels dispersed throughout the town in the homes of the victims that only Joey can see, their search for answers continues in earnest – aided by the town sheriff. It seems something supernatural and evil is brewing, and Joey could be its next victim.

Brian Keene’s novella, The Motel at the End of the World, features a playlist chosen for him by Bev Vincent. Featuring some classic 70s and 80s such as Supertramp, Goldfrapp, The Alan Parson’s Project, Elton John, The Electric Light Orchestra, and Pink Floyd – to name a few, there are definitely a lot of angry male vibes in this soundtrack which pair well with the narrator.

The Motel at the End of the World is a monologue that tackles the phenomenon known as “The Mandela Effect.”

The narrator makes several compelling arguments that will have the reader Googling each case in point. Starting with The Berenstain Bears (not The Berenstein Bears…. apparently) and moving on to name other commonly misremembered quotes and events whether from The Bible, or Star Wars, or even Mister Roger’s Neighborhood.

What if it’s the result of some sort of alternate reality? Like in an apocalyptic scenario taking place in a motel room with the reader left in the dark; this is a terrifying tale that is certain to stick with you long after reading.

Both novellas are equally compelling and terrifying, The Dead of Winter delivers an excellent small town supernatural horror yarn, while The Hotel at the End of the World has a significant Black Mirror feel to it and is a fantastically bite-sized supernatural thriller. These novellas gets 5 stars from this author, and this book is definitely one that I will be picking up for a re-read!

If you would enjoy hearing more about the musical aspect of this novella, head on over to An Empty Bliss Magazine, to hear our thoughts on the playlist for Dissonant Harmonies. 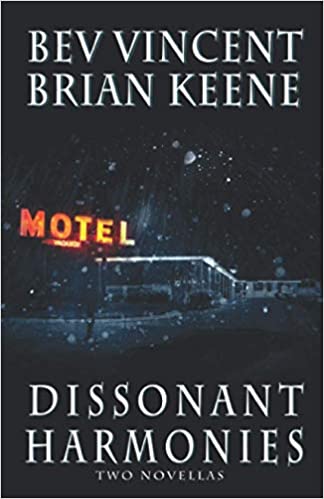 The Forgotten Fiction Grade: YEA (read it!) – Get it on CemeteryDance.com Here. 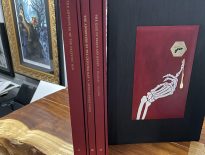 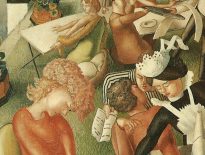