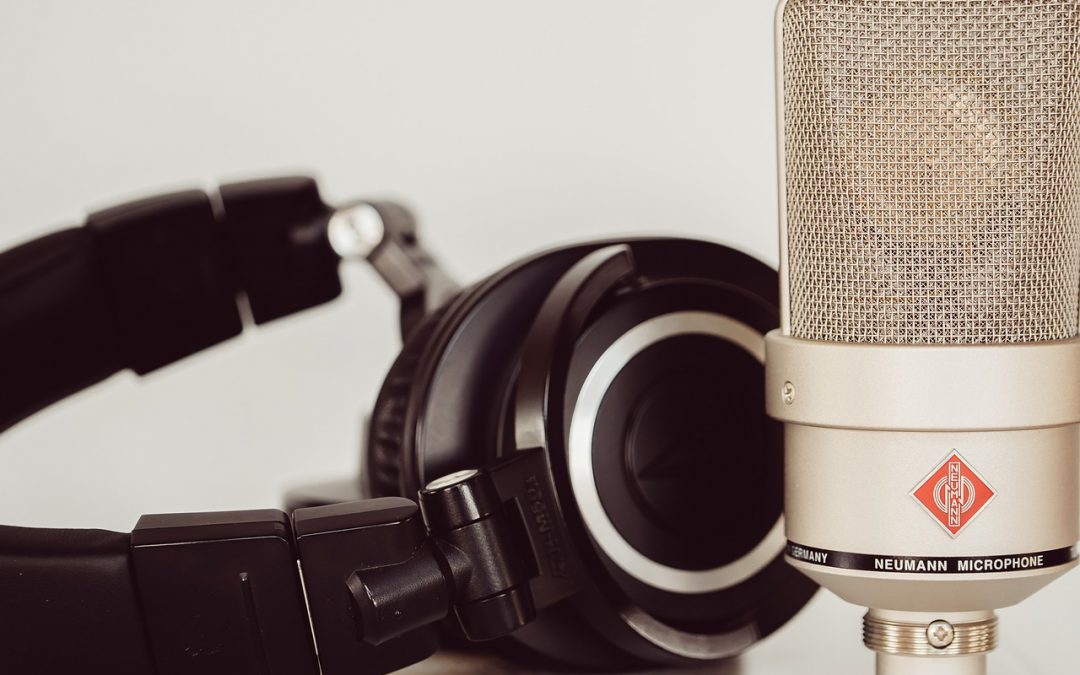 Q2 Announcement Schedule + Interviews & Resources are all fun things coming to fruition, as is a new drive for 1000 followers on Facebook and Twitter:  Facebook.com/theforgottenfiction/, Twitter.com/ForgottenFicti2.

So we are here in the second quarter of 2022 and three interviews kicked off the year!

I am happy to say they are now on YouTube and their own page on the site: https://theforgottenfiction.com/interviews.

And more will be coming as soon as I catch up in the Rune Works TFF Wood Shop.

For the many who have waited months for their project to come to life, I greatly appreciate your patience and I am close to caught up on anyone that has been waiting well beyond the ETA.

I also sneakily added a Book Resources section so things helpful to readers and book collectors of fiction are easily found here, https://theforgottenfiction.com/contact#Book-Resources, featuring helpful places from the Stephen King Cover Gallery to the The Collectible Book Vault, to The Jeff Word.

And so more creative endeavors in the Wood Shop and at TFF, in general, are forthcoming and certainly I have some great ideas slated for interviews and other mysterious fun.

Upcoming reviews include: Revival, Ghoul and the Cape, The Martian, A Drop Of The Hard Stuff, The Chestnut Man, 1984 – Animal Farm,  The Clearing and many more!

The Q2 Announcement Schedule for 2022: 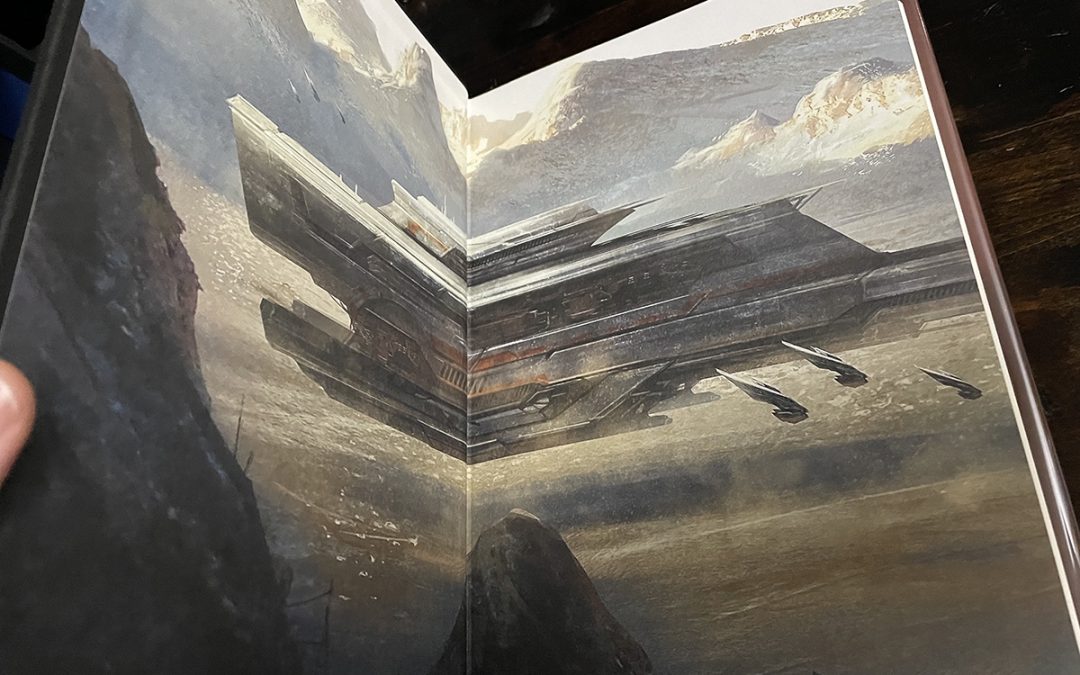 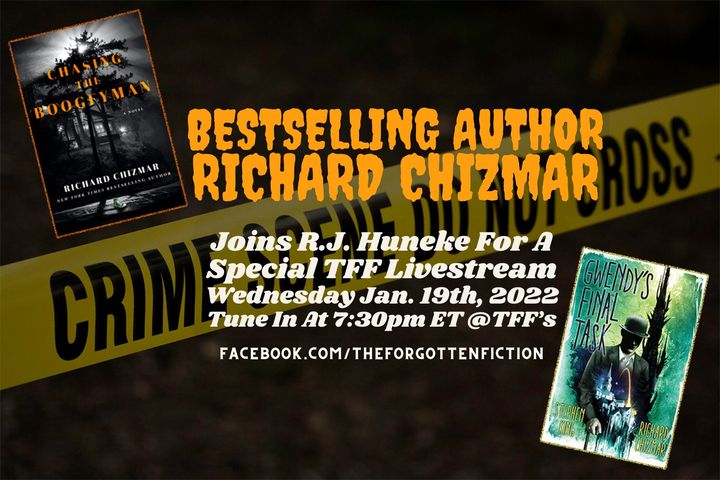 Hello everyone! Eager Readers, the TFF Fellowship, and lovers of reading and fiction in general, I am forever grateful to have you here, and I want to put down as much of the fun for the upcoming quarter and year as possible.

I am jumping to the next contest, and with nearly 900 Twitter followers and so very close to 500 Facebook followers, and I asking each and every one of you to reach out and invite anyone you know who loves reading or would want a good introduction to reading fiction, with spoilers or spoiler-free.

I think TFF is a great place to start to revolutionize the love of reading and collecting books.

And so, when we reach 500 Facebook followers I will start up the next EPIC contest!

The Epic Giveaway Contest will consist of many treasured editions, including Signed and Limited (S/L), small press, and even what I suspect is a first print, first edition of Neil Gaiman’s American Gods Annotated – it is a gargantuan book sealed!

There are a ton of mainstream authors here with both paperbacks and first edition hardcovers, classics and contemporary, so no matter what you want to read and/or collect I hope to have you covered.

There will also be new swag from others and from me! More on this below.

I have been blessed 1. To have a nose for finding good books, 2. To have family members hunting books down for me and 3. to have a few great friends in the book community who have been so generous to donate many a precious book.

Much as I do not enjoy the mailing process, I greatly enjoy speaking with and sending out prizes to those that win them.

I will wait to achieve 500 followers in FB to start up the Epic Contest and post its prizes in detail, but I am sure the Rune Works woodshop will be involved with some woodworking and gift certificates for those on the livestream.

Regardless of whether or not we get 500 followers by then, I will still have some kind of contest and giveaway in my first TFF livestream of the year on Thursday, January 27th, 2022 at 12pm ET.

But I would like it to be EPIC. 20 or 30 followers more and TFF reaches a major milestone.

Now I have live conversations and interviews that will be taking place in Q1.

This week, I have the privilege to interview bestselling author Richard Chizmar on Facebook Live January 19th, 2022 At 7:30pm ET @TFF’s Facebook.com/theforgottenfiction.

His two newest books include his NY Times Bestselling Chasing the Boogeyman, and Gwendy’s Final Task co-authored with Stephen King.

I chatted on The Jeff Word show with Jeff Terry on his Facebook Livestream last week, and that was a blast!

Jeff is a voracious reader, reviewer, book unboxer, and I encourage anyone that wants to hear us talking about our favorite books, life and books we do not care for, haha, to tune in to see the video here.

I have also queued up but am waiting to solidify a date with renowned artist Mark Molnar, whose work most recently adorns one of the finest fine editions ever made in Centipede Press’ DUNE by Frank Herbert.

He was very kind to license to me an unused piece for the book (with Jerad and CP’s approval) for the Rune Works Woodshop to create a Dune case (coming in Q2 2022) for the book with the art engraved.

Check out Mark’s art for Dune and on his site here!

I am catching up on all remaining cases, in the order they came in over the next few weeks.

I have projects I have had in the hopper for years now coming close too!

A friend of mine is building me a webstore for TFF merch and swag that may be ready this week.

Drive For 500 aside, there will be many a giveaway contest in Q1 and a ton of interesting projects announced. Stay tuned!

Upcoming reviews include: Gwendy’s Magic Feather, Dune, Gwendy’s Final Task, Ghoul and the Cape, The Clearing and many more!

The Q1 Announcement Schedule for 2022: