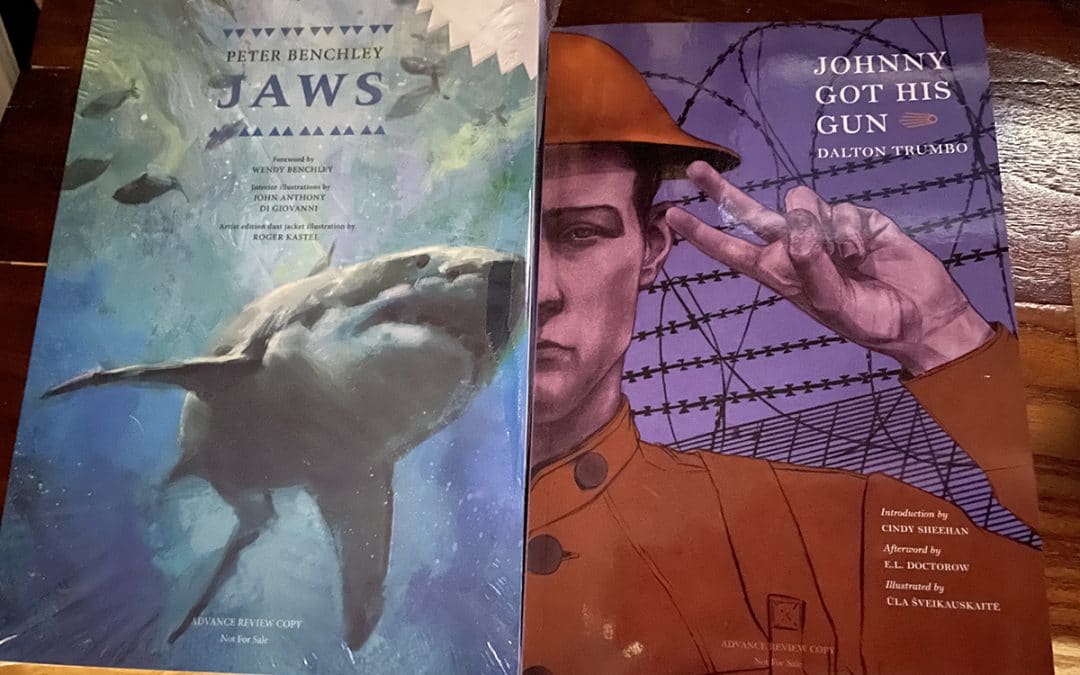 Suntup Epitomizes Johnny Got His Gun By Dalton Trumbo

Suntup epitomizes Johnny Got His Gun by Dalton Trumbo with fine press editions and artwork that emanate the true anti-war classic novel from 1939.

It is the vital works of fiction that continue to make worldwide waves again and again.

Trumbo’s anti-romantic-war novel is one of the great ones.

The protagonist Joe Bonham wakes in a hospital bed to slowly discover that an enemy artillery shell has taken his arms and legs and left a mangled hole where his eyes, nose, teeth, and tongue used to be.

The premise told from a first-person narrative: he cannot hear or speak, or leave his prison. 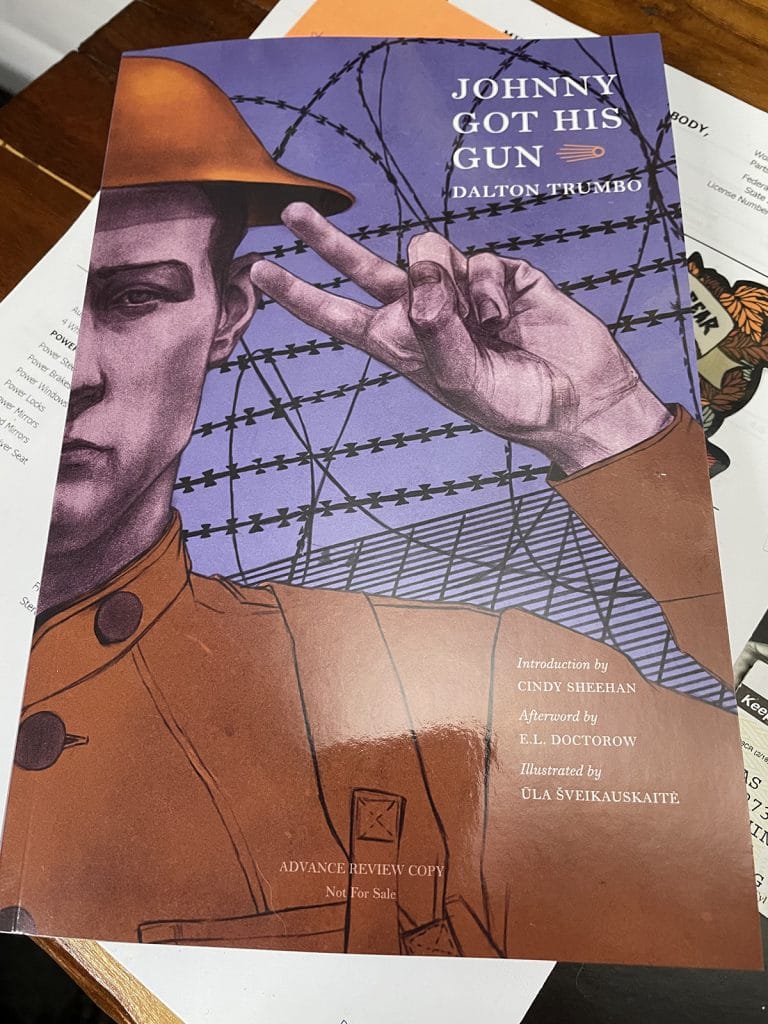 The famed filmmaker’s book was published in 1939 and was heavily influenced by the fallout of what Trumbo called the last “romantic war” in World War I.

The meaning I take from that sentiment is that it was a war that could very much have been avoided and various war machines and romantic ideals in politics continued to make larger and larger waves until the Great War was unleashed.

And there were many wars he felt similarly about (World War II was not one of them).

And so this harrowing work truly claws at one’s humanity and brings into focus many uncomfortable realities of the world.

Because of this, it has been very impactful since its publication, its winning the National Book Award and Trumbo’s subsequent adaptation into a film in 1971.

Decades afterward, this film would be used by Metallica in their most successful and popular song titled “One” and its music video, and that would act as a relaunching of Johnny Got His Gun that was again thrust into popular culture to harp on the horrors of war.

Suntup Editions took on this monumental title, which will be shipping in the near future and there are still Artist Editions available for purchase.

The numbered and lettered editions are sold out.

But all of the books feature stunning artwork by Ūla Šveikauskaitė that really captures the soul brought forth in Johnny Got His Gun.

The AE edition is the only one of the three featuring a dust jacket and is signed by the artist.

The image of the skulls and the cover image with the raised peace sign are striking!

This is a book and fine press editions that will forever resonate with you!

“Suntup epitomizes Johnny Got His Gun by Dalton Trumbo” was written by R.J. Huneke.