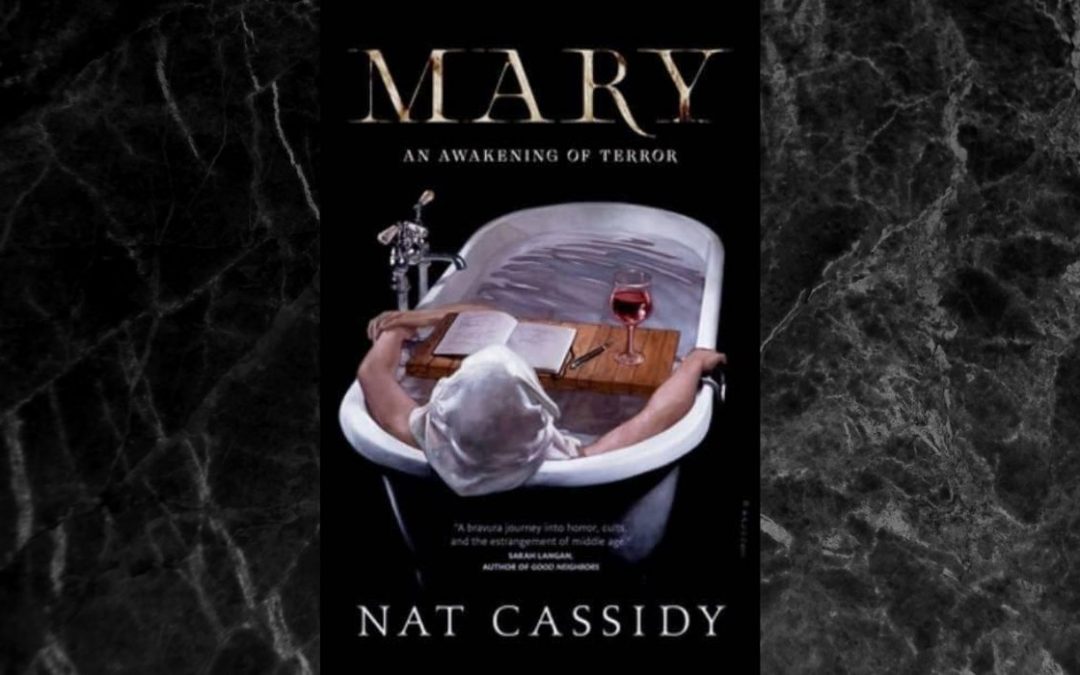 Nat Cassidy’s Mary: An Awakening of Terror – After losing her job in New York, a chance call brings Mary back to her hometown to take care of her sick aunt Nadine. However, this is not a welcome change of pace as Mary has been suffering in silence from ghastly visions of her own body decaying and the town brings up painful memories from the past. It does not help that Mary soon finds herself surrounded by the ghosts of murdered women, thrusting her back into her past to discover why they are plaguing her and the mystery behind the mangled apparitions that are inexplicably drawn to her. 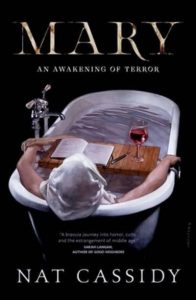 What makes Nat Cassidy’s Mary such an enticing read is the author’s ability to balance shocking material through a strong character.

Certainly, the book has elements of body and supernatural horror with Mary having visions of her body decaying while haunted by the ghosts of past victims, yet these subjects become disturbing because of who Mary is as a person and not because of the sensational imagery Cassidy is so skilled at crafting. Instead, Mary’s life of extreme introversion, always trying to make herself as small as possible, transforms these visions into a personal reflection of suffering.

The result is a very approachable form of horror storytelling, where it is easy to get wrapped up in the mystery of Mary’s background and her internal struggles. These elements are equal to indulgences in macabre material in evoking a sense of dread from the reader. This broadens the appeal to not just the hardcore horror readership.

To touch on the more horror-heavy elements, Cassidy brilliantly taps into the paranoia of his character, and the description of bodily decay or mangled ghosts manages to both play on Mary’s own insecurities while being very graphic in detail. This is a case where psychological horror would fit the bill better in describing the horror elements, despite it being very focused on elements that may seem more apt in horror that is hyperfocused on the degradation of the body and mind.

This is further echoed in the relationships of those around Mary, as the visions, arguably, play a secondary role in her own internal strife. Monologue plays an integral role in the story, and Mary’s interactions with the townsfolk and her overbearing aunt, Nadine, create a sense of tragedy in the character that rivals the intensity of terror.

This approach also does lead to the one negative in the work. Mary is a difficult character to empathize with at times as her immensely introverted nature gives the character a slightly nihilistic edge (at points).

As the story progresses and more is revealed about her past these ruminations begin to make sense, yet Mary is a hard character to connect with on a personal level–even as an introvert myself. This may vary by reader, and as the book reaches its conclusion after a few meticulously constructed twists this becomes an afterthought.

Furthermore, Mary is a complex character, and even if there is a lack of connection on a level that evokes empathy/sympathy she is a fascinating persona that reflects the immense talent of Cassidy in bringing Mary to the pages.

This release certainly takes some intense twists in the story, and while I would love to explore how the elements of horror transform to even switch from the early genre of supernatural horror into something deeply sinister, the narrative is best left to be discovered by the reader. Regardless, the book will certainly draw in readers of both horror and mystery with how it develops–that experience is definitely best left as unspoiled as possible.

Coming away from “Mary: An Awakening of Terror“ the only critique I could muster was how Mary does not always feel like an empathetic character. Though, whether this was the point is moot when looking at the exceptional skill Cassidy has to weave a mystery with heavy macabre tones that keep the pages turning. A deeply disturbing read that works for both fans of horror and mystery, “Mary“ is a unique exercise in terror where social interactions hold as much weight as a bloodied apparition–a must-read!

Mary: An Awakening in Terror is now available for pre-order through VJ Books.

Want To Buy A Book From A SIGNED Copy From A Local bookseller? Click Away!

“Nat Cassidy’s Mary: An Awakening of Terror” was written by Adam Symchuk.